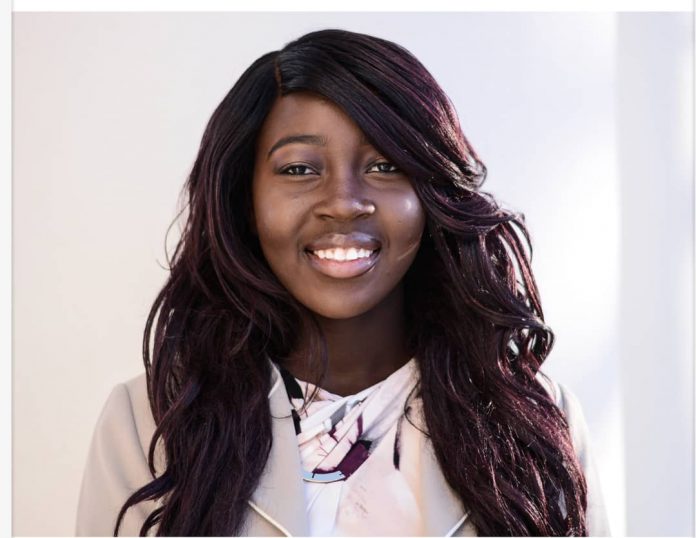 Diana is pursuing an interdisciplinary major of Sociology and Women Gender Studies, on a full scholarship from the Bill and Melinda Gates Foundation at the University of Virginia.

From South Africa to France, Diana has travelled to 11 countries within 4 continents and these experiences have provided Diana with strong cross-cultural communication skills and a vigilance to understand the complexity of globalization.

Diana won the McKinsey Woman’s Social Impact Award for her work with college students in Ghana regarding their civic engagement, the Forbes 30 Under 30 Scholar Award, Davis Projects for Peace, Coca Cola Scholarship, and the Echol’s Scholar award.

Moreover, with all the racial tension and chaos surrounding her school’s campus in Charlottesville, Diana has worked on the Memorial to Enslaved Laborers project.

This memorial will be constructed on the University of Virginia’s campus by 2019 and will serve as a reminder of the importance of all American citizens to this country’s progress.

Speaking to Nsesa Foundation, Diana said, “I entered the STEM field because my father is a mathematician. I love math and I was always good at it. When I entered college, I chose an interdisciplinary major of Sociology and Women Gender Studies because it satisfied my interests in understanding the historical present.

“However, I still maintained my interests in STEM so I completed three internships in Finance.

“My experiences coupled with my educational training provided me with a strong intellectual preparation in critical thinking and analytical skills while exploring some of life’s most interesting questions.”

In the interview, she mentioned YAA W. as being her greatest achievement.

The poverty that surrounded her while living in Ghana, pushed her to develop a solution:
“My experiences in Ghana sparked my interests in problem-solving. Yet I was always confronted with the question, what to do next? How can young women envision a better future?

“My research led me to conclude that there is one main factor that is depriving the world of $28 trillion dollars in economy; the factor excludes 90% of this amount to be reinvested in health, nutrition, and education for families.

“This factor is economic empowerment for women. According to the McKinsey Global Institute, if women had the opportunity to participate in the economy equally as men, this could happen in just 7 years.

“As Kofi Annan, a Nobel Peace Prize Winner and native Ghanaian notably stated, “there is no tool for development more effective than the empowerment of women.”

“I believe that Yaa W. will be a small ripple that will create a lasting change in the lives of college women in Ghana. I am happy to be on this journey to revolutionize the face of STEM.”

Diana also touched on the stereotype threat- when individuals are at risk for living up to a negative stereotype about their group- she had faced as a woman in STEM.

She said, “It is really hard to do well, when you don’t believe that anyone believes you can do well. Specifically, as a Black woman, I was usually in White male dominated spaces. So not only did I have to disprove their pessimistic labels but I also had to find ways to encourage myself to maximize the potential I know I have in me.”

To combat this, she decided to create “goals and time-bound objectives” and often “sought out mentors or high level administrators/executives” who believed in her.

Her advice to other women in STEM were, “If you don’t dare, you don’t grow. Your race, gender, religion, etc. do not define your ability to be successful. But with hard work and grit, you can show yourself approved.
“Always reach for the stars because even if you fall, you will land on a clouds. When you reach your pinnacle, do not forget to help lift other women up.”