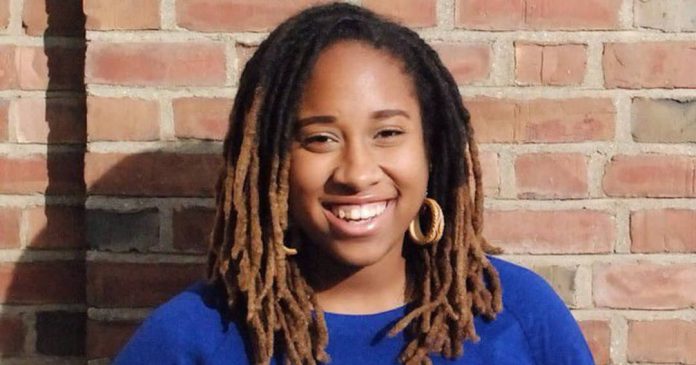 After starting iOS development in 2014, Kaya graduated from Dartmouth College in June 2017 with a Computer Science degree.

She also launched a book resource app during the summer of 2014.

We Read Too is a mobile directory of children and young adult books written by authors of colour.

Kaya based the idea for the app on her own experience as a young reader who struggled to find diverse books.

She explained to BET that, “Whenever I tried to find books with characters of colour, I would have to look in sub-categories or search longer than I should have had to.

“I created this app so that books created by and for people of color can be found easily and in one central location.”

She also touched on the isolation and imposter syndrome she sometimes suffers from as a woman of colour in STEM.

According to her, “Imposter syndrome is also a constant battle, sometimes feeling like I am not good enough and soon everyone will figure that out and let me go. It sounds extreme, but I push past those feelings because I know I’ve earned my spot in my field.”

She concluded by advising women in STEM to never believe those who say they don’t belong there: “You do belong. You have the capability to perform the tasks and learn the skills. Give yourself time to grow and learn, and don’t be discouraged by your frustrations.”

About STEM WOW
STEM WOW is a project by Nsesa Foundation to tell the stories of young inspirational African women on the continent and in the diaspora who are rocking it in the field of STEM (Science, Technology, Engineering and Mathematics).