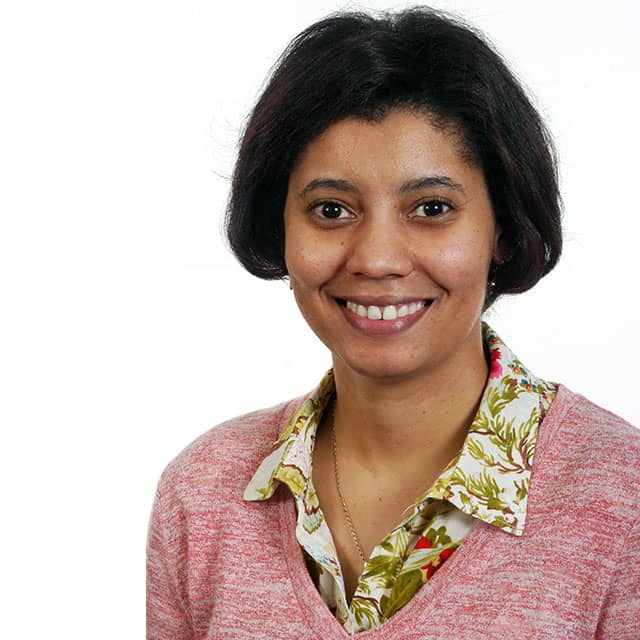 Today’s STEM WOW Dr. Ronalda Benjamin, is a Lecturer in the Department of Mathematical Sciences (Division Mathematics) at Stellenbosch University in South Africa.

She holds a BCom in Mathematical Sciences, a BSc Honours, MSc and PhD in Mathematics, all from Stellenbosch University, and was a postdoctoral fellow at Leiden University for the period September 2016 – May 2017.

Speaking to Nsesa Foundation, Dr. Ronalda spoke of her passion for mathematics that spanned her educational background.

“Due to my ever-growing passion for solving mathematical problems throughout my high school years, my mind was set on a career in Mathematics. At university I really enjoyed pure mathematics and continued my studies in Functional Analysis topics like Banach algebras and spectral theory.

“As a pure mathematician I study and experience the abstract beauty of mathematics and do not work on applications. However, even though my research has no immediate relevance to the needs of society, I can still “play my part” as an academic researcher.

“I am currently involved in several projects that provide support and mentoring to young people who wishes to further their education in the mathematical sciences.”

Dr. Ronalda also spoke of coming from an underprivileged background and working hard to be where she currently is; “I grew up in a neighborhood in Worcester, Western Cape, that is known for high incidence of poverty, gang violence, drug use and teenage pregnancy. Very few young people from this neighborhood enroll in higher education and chase their dreams.

“As a young student I often had to remind myself to “keep my eyes on the ball”. So, as a girl from an underprivileged background, I consider the following as some of my proudest accomplishments: In 2006, I received a special award for meritorious academic achievement from a historically disadvantaged context at the Premier’s Residence, Leeuwenhof.

Dr. Ronalda noted that since university, she has faced stereotype threat as a woman of colour in STEM.

“I would say that, from the moment I entered university (to work towards my childhood dream of becoming a professor of Mathematics) and noticed that there wasn’t a lot of people in the Mathematics Department that looked like me, I frequently experienced stereotype threat.

“I don’t come from an educated family and I recall that, whenever I gave into these stereotypes, I would find myself doubting my ability to succeed. It was therefore important for me to overcome these stereotypes, so I would oftentimes read articles or books about successful people of colour who already overcome certain stereotypes. I also had many wonderful mentors over the years who constantly reminded me of my potential.”

Dr. Ronalda encouraged women in STEM to believe in themselves and participate in as many STEM prep programs as they can.

“Know that with hard work, perseverance and love of what you are doing, things will always work out. And hey, there will be lonely, hard times. Have a tough skin and press on. Find a support network and seek out mentors that speak truth in you.”

STEM WOW
STEM WOW is a project by Nsesa Foundation to tell the stories of young inspirational African women on the continent and in the diaspora who are rocking it in the field of STEM (Science, Technology, Engineering and Mathematics).