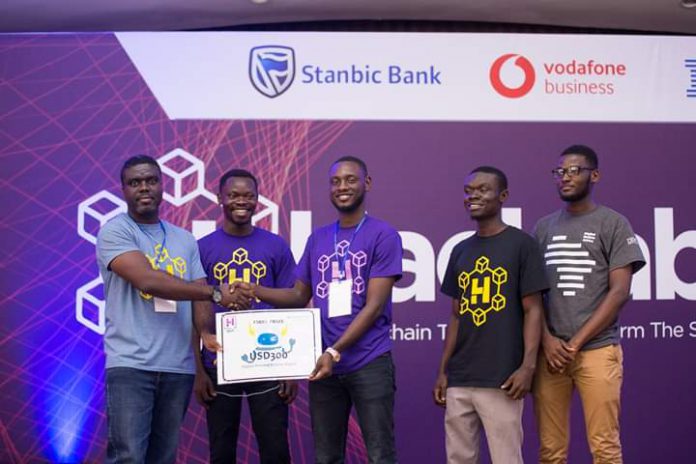 Amidst fierce competition in this year’s Hacklab hackathon, which had 132 teams submitting their projects for approval, 30 were shortlisted out of which team Codenificent emerged successful.

Team Codenificent, made up of three talented and hardworking men (Frank Kwesi Hayford, Andrew Opoku Agyeman, and Prince Ofori) developed Blocmo; a platform that aims at revolutionizing digital payments and money transfers in Ghana and Africa.

Blocmo, according to the team comes from two words that is, Blockchain and mobile money (Blockchain Mobile Money).

The platform which is simple and very easy to use as compared to other existing platforms, will enable users to access it on low end technology like USSD without worrying about access to internet or data.

It will also half the cost involved in remittances in the existing market now.

Speaking to techvoiceafrica.com on the reason behind the initiative, Frank Kwesi Hayford, one of the team members mentioned that, his team realized that Africa lacks a progressive payment and remittance platform hence the need to develop the product.

He added that, the platforms available for use in Africa are also traditional and expensive as a result his team decided to create Blocmo to help improve transactions carried out in the finance sector.

“Cost of remittances and payments systems has been traditionally high and complicated. This problem has stifled the growth of e-commerce in Ghana and Africa at large. This challenge is one of the major reasons we Ghana is missing out in the digital revolution,” he said.

He further stated that, mobile money has made payments and money transfer relatively easier in Ghana but this has done little to boost the digital economy.

According to him, the difficulty in connecting business platforms to the API’s of Telcos which has become a great challenge for Ghanaian entrepreneurs is the lacuna they seek to fill.

“We have created a crypto token which enables users to access it on low end technology like USSD without even using the internet. We are enabling people and businesses to make payments and transfers in Ghana and any part of the world. This we believe will boost financial inclusion in the country and also have a ripple effect on digital businesses in Ghana”, he added.

It is however expected that, the team will pilot its product in July and rollout a freemium model. With the freemium model, users won’t be charged when payments or transfers are made using the platform. 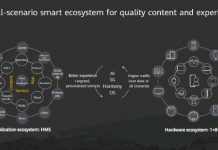 Huawei Analyst Summit: Security and Privacy in a Seamless AI Life – Only You Control Your Personal Data