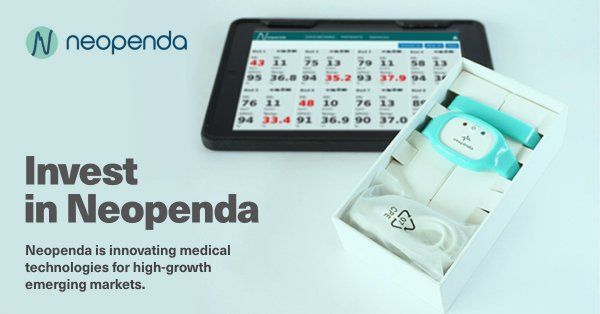 The campaign in partnership with Republic is to enable expansion of clinical pilots into additional regions and bring awareness to their work.

The funds raised will be used in expanding  clinical trials into new regions.

“By raising funds on Republic, we have the opportunity to closely involve supporters at home in Neopenda’s growth as well,” CEO Sona Shah said.

Kendrick Nguyen, CEO of Republic, also indicated that his outfit is pleased to host this open investment opportunity in Neopenda and provide Neopenda with an alternative way of raising capital for their work.

The campaign which is being held online at https://republic.co/neopenda will run from now until the end of 2018, with the possibility of closing earlier if it overfunds.

Neopenda through its campaign aims to raise a minimum of $25,000 with sights on higher levels that will enable them grow faster.

In what started as a classroom project, in the last three years, the Neopenda team has worked tirelessly to develop and bring to market needs-based, context appropriate medical devices in emerging markets.

In the last few months, Neopenda has added team members in Uganda, begun the CE Marking process and been invited to the Techstars Chicago Class of 2018.

For more information about Neopenda and how to invest interested persons can visit https://republic.co/neopenda.

ABOUT NEOPENDA
Neopenda is innovating needs-based medical technology for the massive untapped opportunity in emerging markets.

LINE TO LAUNCH ITS OWN BITCION EXCHANGE