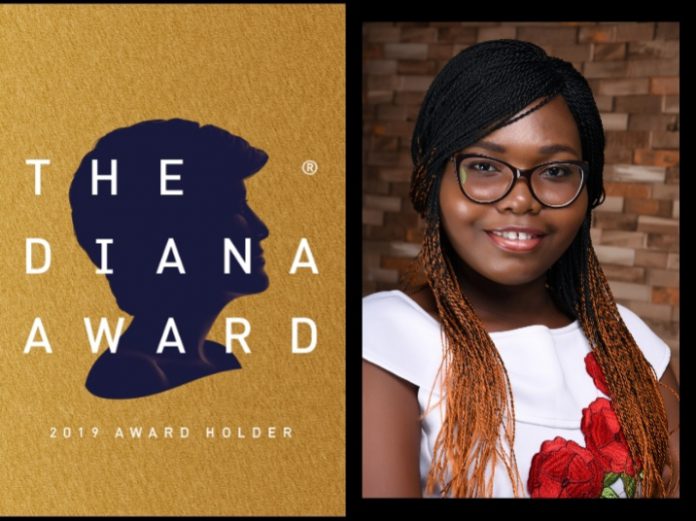 Host of Tech Voice Africa dialogue, Ida Padikuor Na-Tei has been honoured with the Diana Award for going above and beyond in her daily life to create and sustain positive change.

Ida Na-Tei aged 22, from Ghana has been recognised with the highest accolade a young person can achieve for social action or humanitarian efforts.

Ida studied engineering knowing that could have a major role in revolutionising Africa with technology. This desire and passion to change Africa, inspired her to pioneer TechWorld Hub, where she inspires creativity and innovation in other students of the university.

It was her passion and tenacity that got the funding and the resources necessary to ignite the passion of other engineers who had wanted more than theoretical experience. Ida and her team have since won two innovation challenges and trained over 40 students in new technology, each of them now also daring to believe in a better tomorrow for Ghana and the world.

Congratulating award winners, Tessy Ojo, CEO of The Diana Award, says: “We congratulate all our new International Diana Award Holders who are changemakers for their generation. We know by receiving this honour they will inspire more young people to get involved in their communities and begin their own journey as active citizens.

“For over twenty years The Diana Award has valued and invested in young people encouraging them to continue to make positive change in their communities and lives of others.”

The Diana Award celebrates its 20thanniversary this year. Established in memory of Diana, Princess of Wales, the Award is given out by the charity of the same name and has the support of both her sons, The Duke of Cambridge and The Duke of Sussex.

WHAT IS THE NOMINATION PROCESS?

Award Holders have been put forward by adults who know the young people in a professional capacity and recognised their efforts as a positive contribution to society.

Through a rigorous nomination process, these nominators had to demonstrate the nominee’s impact in five key areas: Vision, Social Impact, Inspiring Others, Youth Leadership, and Service Journey.

Nominations are judged using the Criteria Guide and Scoring Guide which have been created to measure quality of youth social action.

Jumia On The Brink of Collapse?