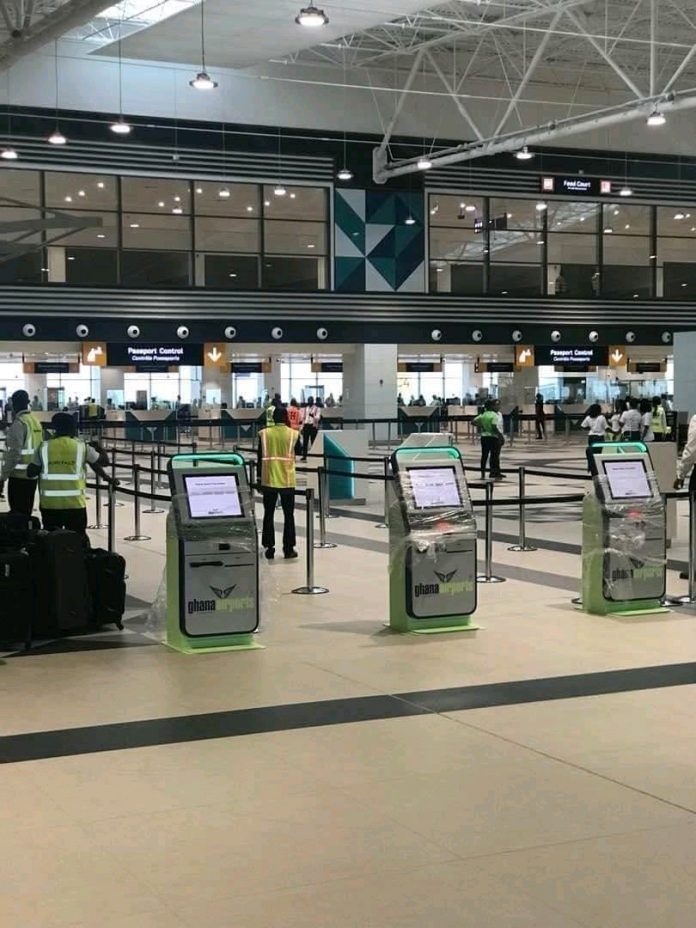 Terminal three of the Kotoka International Airport is set to be operational on the 15th of September 2018.

The construction of the terminal commenced in March 2016 and was slated for completion the following year; July 2017.

A year later -after the proposed completion date- the terminal is said to be fully functional and ready to operate by Mr. Joseph Dekyem Attafuah; the Managing Director of the Ghana Airports Company Limited.

Mr Attafuah gave the greenlight for operations after he explained the series of trials the terminal had undergone in order to test the efficacy and strength of the systems in the terminal.

He added that all systems had checked out and with their outlook the terminal will be able to run without any problems.

The deputy Minister for Trade; Mr. Carlos Ahenkorah was also present to inspect the terminal.

Upon inspection he was confident in the technology and capabilities of the terminal and hoped that the existence of this terminal would be a means of boosting trade hence generating revenue for the country.

Terminal three is an ultra-modern terminal sited on 45,000 square meters and has five levels with a 700 cars capacity carpark.

Four e-gates, expandable to eight as well as 24 immigration counters and four reclaim devices are a few of the upgrades in the Arrival level.

Importantly, the Arrival level is equipped with an automated baggage handling system capable of handling both destination and transit luggage at 3,5OO bags per hour.

The terminal is said to be capable of holding 5 million passengers a year double the capabilities of terminal two.

Also this figure, they believe can be stretched to the limits of about 6.5 million passengers.

Depsite the terminal being operational on 15th September 2018, its official inauguration which will be helmed by H.E Nana Addo Danquah Akuffo-Addo is on the 2nd of October 2018.

So if you are looking to travel and are not looking forward to the hustle and bustle of it, you can heave a sigh of relief because with the new terminal three, travel just got a lot simpler.