Radio Gold and Radio XYZ, two pro-NDC FM stations based in Accra, were shut down yesterday by the National Communications Authority (NCA).

The NCA’s justification is because they were the only stations in Accra with expired authorizations, according to the Director-General of the NCA, Joe Anokye.

Representatives from the Ghana Police Service and the NCA stormed the locations of Radio Gold and Radio XYZ on May 9, 2019, at Osu and Laterbiorkorshie repsectively, and shut down their services.

Mr. Anokye says the closures were part of enforcing the rulings of the Electronic Communications Tribunal since Radio Gold’s authorization expired since 2000 and Radio XYZ’s expired in 2016.

Regulations 65 (1) of the Electronic Communications Regulations, 2011, L. I. 1991, states that “A person shall not use a radio frequency without authorisation from the Authority”.

The Director-General reiterated that there was no political agenda behind the shut down and that other radio stations in other regions would be closed in the next month.

Radio Gold and Radio XYZ were amongst media houses fined in 2017 for possessing expired spectrums.

When asked why the NCA did not issue a notice to Radio Gold and Radio XYZ before the closings, Mr. Anokye said prior notices were not issued when a station possesses an expired spectrum.

Mr. Anokye says the stations being shutdown can reapply for frequencies and re-open their radio stations. 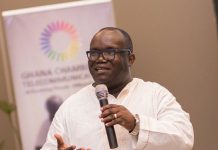