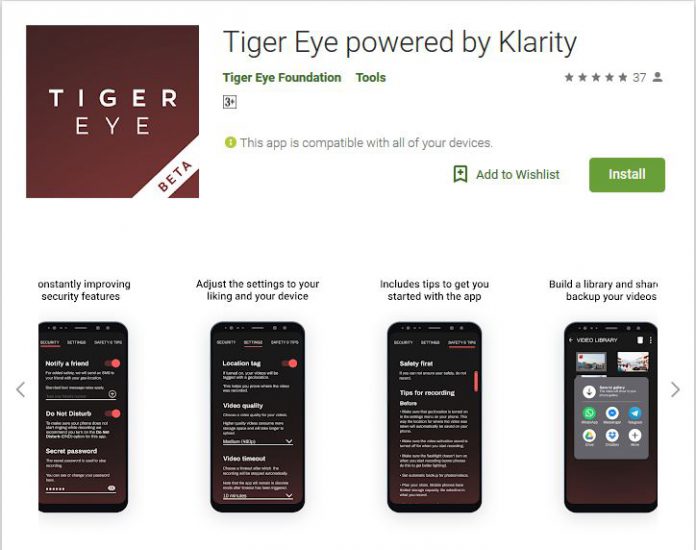 Anas Aremeyaw Anas, the investigative journalist, has taken his undercover investigations to the next level with the introduction of the ‘Tiger Eye’ app.

The app sets to empower everyone who wants to fight corruption to film criminal acts in their communities and expose the perpetrators.

This mobile app, currently available on Android devices, involves the youth of Africa in the fight against corruption, according to Anas.

In an interview with DW, Anas Aremeyaw Anas stated that the youth of this generation are much into technology hence, ‘Tiger Eye’ app which will involve the youth in the fight against corruption in Africa.

“If you look at the surveys across the African continent, you will realize that most youth are engaged on their phones trying to communicate and therefore as an investigator, this app will serve as a cutting edge solution to involve all these youthful people to be engaged in the fight against corruption,” he said.

The ace investigator said he collaborated with a Swedish company called Klarity to build the backend tech of his new application.

“I keep on telling the bad guys who destabilize society, who steal money from our kitty that the work we do is for posterity. This mask, you can shoot me dead today but I can tell you there will be 10 more Anases rising.”

“Our message doesn’t change, we say that we will name, shame and jail and that is a collective effort. We want to tell the bad guys that it’s not just about an individual, it’s an institution,” he warned.