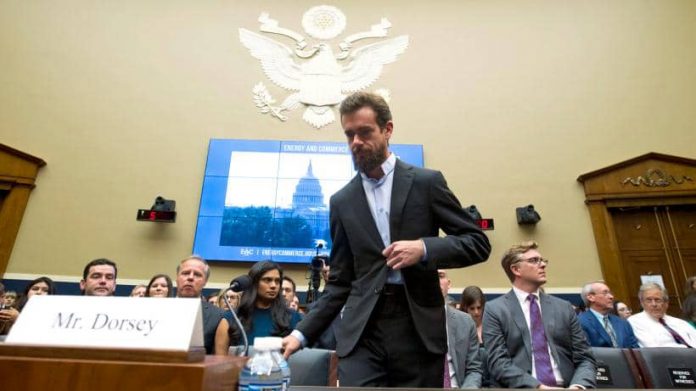 Twitter Inc’s CEO, Jack Dorsey, disclosed to U.S. lawmakers on Wednesday that the company’s algorithms have not always been ‘impartial’.

At the hearing, Dorsey revealed that the visibility of 600,000 accounts on the platform were ‘unfairly’ reduced- including those of some members of Congress.

Yet he couldn’t immediately say if most of them were Republican, Democratic or otherwise.

Twitter has been accused of bias by various Republicans including U.S. President Donald Trump which the company denies.

“Twitter does not use political ideology to make any decisions, whether related to ranking content on our service or how we enforce our rules,” Dorsey said.

However, he said the company had made mistakes.

Allegations of censorship against Twitter increased when the social media platform added a “quality filter” to the platform and its search results.

Some users noticed that their tweets didn’t appear in search results and suggested that their content was being hidden under a “shadow ban”.

Dorsey told lawmakers that Twitter used “hundreds of signals” to decide “what to show, down-rank and filter”, and claimed the platform did not “shadow-ban” based on political ideology.

“It was unfair”, Dorsey said. “We corrected it.”

Dorsey was not the only social media executive present at the hearing. Facebook and Google were asked to be present but only Facebook’s COO, Sheryl Sandberg appeared.

In April, the House Judiciary Committee conducted a social media hearing that turned out terribly: full of bad arguments, bizarre tangents, and a lot of shouting.

Blockchain To Boost Agriculture in Nigeria