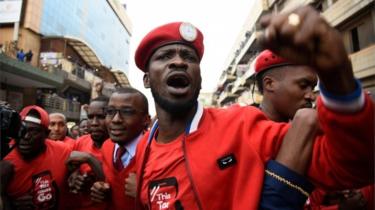 The tax imposed on the use of social media and on mobile money transactions, has come under review by the Ugandan government following major public backlash.

The announcement was made by Prime Minister Ruhakana Rugunda soon after police broke up a protest against the taxes on Wednesday.

In a statement to parliament, Prime Minister Rugunda said, “Government is now reviewing the taxes taking into consideration the concerns of the public and its implications on the budget.

“The President has provided guidance on the matter and encouraged further discussion with a view to reaching consensus on how we should raise the much needed revenue to finance our budget.”

Uganda’s President, Yoweri Museveni, advocated for the tax; reasoning it would increase government revenue annually and put a stop to “rumor mongering”.

As part of the social media tax, Ugandans were required to pay Shs 200 daily for access to social media platforms though many people resorted to Virtual Private Networks (VPNs) to avoid paying the tax.

Though the amount seems little, activists argue that to poorer people, it is more than they can afford to get online.

There is also a 1 percent levy on the total value of mobile money transactions which affects poorer Ugandans who rarely use banking services.

A revised budget is due to be tabled in parliament on July 19.

AFP news agency reported that earlier on Wednesday, the police arrested two people and fired tear gas and live ammunition in the air to break up a protest of about 300 people.

He said on Twitter that police tried to arrest him, but failed after protesters rallied around him.

Police spokesman Luke Owoyesigire said the protest was illegal, and some officers had been assaulted.