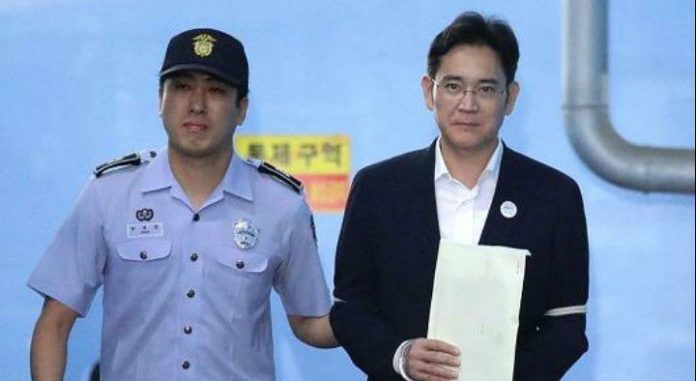 Jay Y. Lee the vice chairman of Samsung Group, has been released from jail after being detained on bribery and embezzlement charges.

The Vice Chairman was arrested in February last year and sentenced to five years in jail after being found guilty of corruption in August.

The charges was related to his dealing with former South Korean President Park, who was impeached last March due to her dealings with political leaders and Samsung executives.

She is also standing trial on charges of bribery, abuse of power, and coercion.

From reports, Lee’s sentence was cut in half in the appeals court due to the judges finding, that Lee did not seek any help in return for the support.

With the sentence cut in half and suspended, it is unlikely Lee will be held again and can instead return to his vice chairman position at Samsung.

It is however, unclear how big of a role he will now play in Samsung’s future.

It has been suggested he may keep a low profile to protect Samsung corporate image.