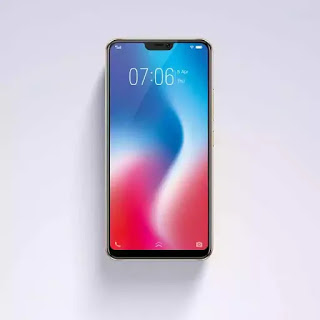 Vivo has officially launched its V9 mobile phone in Thailand.

The device has been officially listed on its Thailand’s official website, but price and availability details of the handset haven’t yet been revealed.

The V9 also comes with an iPhone X-like notch as well as some Artificial Intelligence (AI) selfie features.

It has a sleek metal unibody design and it is powered by an octa-core Qualcomm Snapdragon 626 SoC, paired with 4GB of RAM.

It has a 64GB of inbuilt storage which can be expanded via microSD card up to 256GB.

The rear camera is touted to use f/2.0 aperture and AI techniques to uplift images.

Also, there is an HDR mode to give vivid results.

The front of the smartphone, on the other hand, has a 24-megapixel selfie shooter with f/2.0 aperture that supports a Portrait mode alongside offering AR Stickers and Face Beauty specifically for selfies.

It also has a Karaoke Mode to enhance your music playback experience.

It smartly eliminates background noise from incoming calls and messages when you’re playing a game.

The device runs on Android 8.1 Oreo-based on Funtouch OS 4.0 out of the box.

It packs a 3260mAh battery and supports dual SIM slot with dual standby.