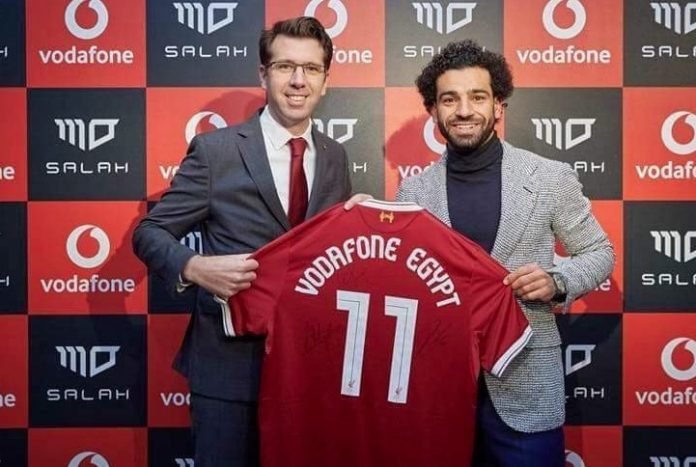 According to various reports flooding the internet, Egyptians signed up on the bundle ‘Mohamed Salah World,’ get 11 free minutes any time he score. Some reports have attributed 11 free minutes to his jersey number for Liverpool.

Vodafone Egypt announced Mo Salah as their Brand Ambassador earlier this year and recently releases an advert that featured the Egyptian football maestro.

Mohamed Salah continues to flourish in his new role as a budding global icon, and has since become the face and image of what the Middle East can be.

Over the course of the last year or so, he has not only shattered every expectation that Liverpool fans had of him, but has also captured the hearts of his home nation and the entire Arab world. He has become the icon that many hold dear to their hearts in a short amount of time.

Just like Mo Salah, Vodafone is a star of its own. The international telecommunications company has operations in over 30 countries, including Ghana, South Africa and Egypt. With over 439 million subscribers, it is the second largest network in the world, only second to China’s leading telecom, China Mobile.