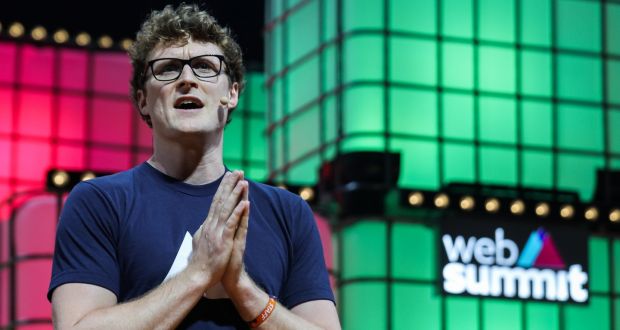 Paddy Cosgrave, the founder of tech conference Web Summit, will be visiting Cabo Verde, after
being invited by the Prime Minister Ulisses Correia e Silva. Cosgrave will arrive on the 10th of
February.
The Irish-born entrepreneur will also visit Cabo Verde Tech Park, take part on a meeting with
local entrepreneurs and company-owners hacking tech solutions, and will participate in the launch
of government initiatives Bolsa Cabo Verde Digital and Kode Verde.Cabo Verde is investing in
the future of the country as a tech hub, creating a gateway for Africa through connectivity,
nurturing local talent and creating a service platform to foster the structure. For this purpose the
government created the national strategy for tech entrepreneurship, Cabo Verde Digital (CVD)
According to the Secretary of State of Innovation and Professional Training, Pedro Lopes, Cabo
Verde “wants to showcase the raw potential of the country, to meet the local talent and have a
taste of the Governments ambition in creating a hub that could pay tech services to the whole
African continent.” The Secretary of State goes even further, saying “this ambition is deeply
rooted in Cabo Verde Digital as a strategy for the future of enterprises and young entrepreneurs
in the country, with a clear blueprint to set now solutions for the future.”
Cabo Verde Digital as a strategy is a pack of initiatives to foster IT and tech solutions in all the
nine islands of the country, setting the bases for a startup ecosystem. On the February the 10th,
two programs will be presented in an event with the presence of Web Summit’s founder,
Cosgrave: