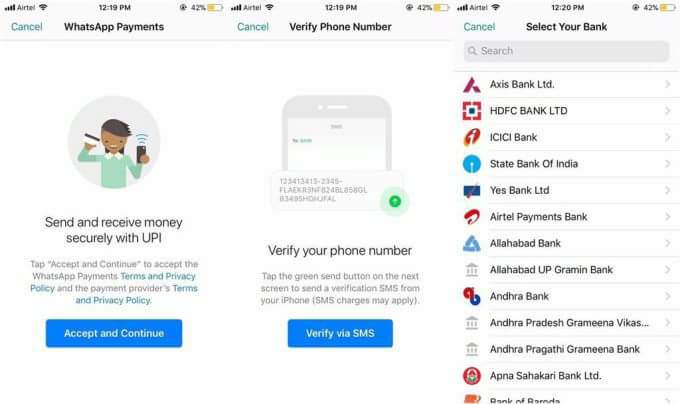 WhatsApp is currently, testing a new payments feature which will allow people to send money to other WhatsApp users.

The payment test started in India

According to sources, the payment feature is currently in beta but has not been announced publicly.

A picture posted to Twitter revealed that individuals who have gained access to the new functionality will see a payments feature appear in their WhatsApp Settings menu.

It has been reported that the company has been working on support for the payments feature for some time.

This initiative by the company would take advantage of the Unified Payments Interface (UPI) and include support by a number of Indian banks.

Some of the banks included are the State Bank of India, ICICI Bank, HDFC Bank, and Axis Bank.

However, Beta testers have now found that this functionality is live, with a large list of supported banks displayed in the WhatsApp user interface.