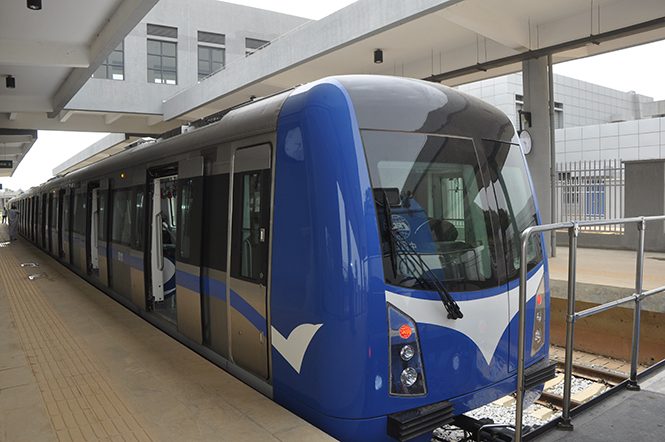 Nigeria’s President Muhammadu Buhari, some eight years after the project was initiated, inaugurated the country’s first metro rail service on Thursday, July 12, 2018 in the capital Abuja.

“The completion of this very important project is a dream come true,” Mr Buhari said during the opening ceremony. “This accomplishment clearly demonstrates our commitment to addressing critical infrastructural projects,” he added.

After the launch, President Buhari and other dignitaries including Governor El-Rufai of Kaduna state, the FCT minister and other ministers, and journalists took a ride from the Abuja Metro Station to Nnamdi Azikiwe International Airport.

The Abuja Light Rail mass transit is the first phase of a metro line for Nigeria’s capital city and covers 12 stations within the metropolis.

The entire metro system will be developed in six phases to cover the entire city and it will span 290km (180 miles).

The Abuja Light Rail is the first functional metro rail in the Nigerian capital as well as the first Light Rail network in West Africa.

The complete network is planned to link Abuja with satellite towns such as Nyanya, Kubwa, Mararaba and Lugbe.

Some of the lines extend from the Federal Capital Territory into the neighbouring states.