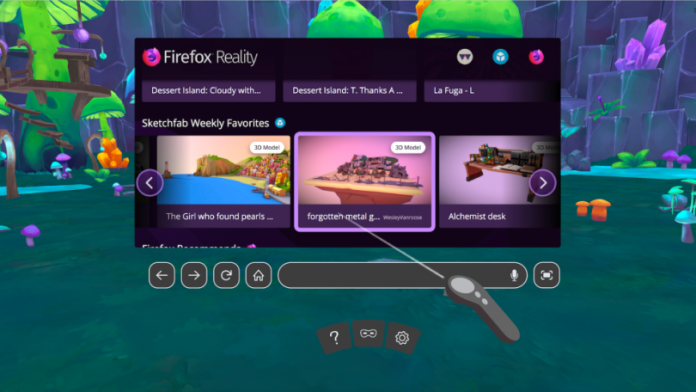 Users of the browser will be able to access both traditional websites as well as web-based virtual reality experiences.

This browser is part of a push to bring virtual and mixed reality applications to the web, according to Mozilla’s Chief R&D officer Sean White.

White also contended that web-based VR was not just better for developers looking to bring their games and experiences to multiple headsets, but that the technology also offered a better user experience.

When users do not have to download and install an app before accessing it, they would be able to easily discover and try out new experiences.

Firefox Reality promises users a VR-optimized web experience thanks to its  focus on performance and usability.

This includes voice search, which takes away the need to use a virtual keyboard to navigate the web in VR.

At launch, voice search is being powered by Google’s speech recognition technology, but Mozilla has plans to eventually rely on its own Deep Speech technology.

In VR and AR, Mozilla is making its own path, and building technology designed to run on multiple devices.

In addition to Firefox Reality, Mozilla is also developing Hubs; a social VR platform designed to run in the browser.

Hubs is the product former employees of the social VR startup AltspaceVR, who joined Mozilla around a year ago.

Firefox Reality is available for download now in the Oculus, Daydream, and Viveport app stores.