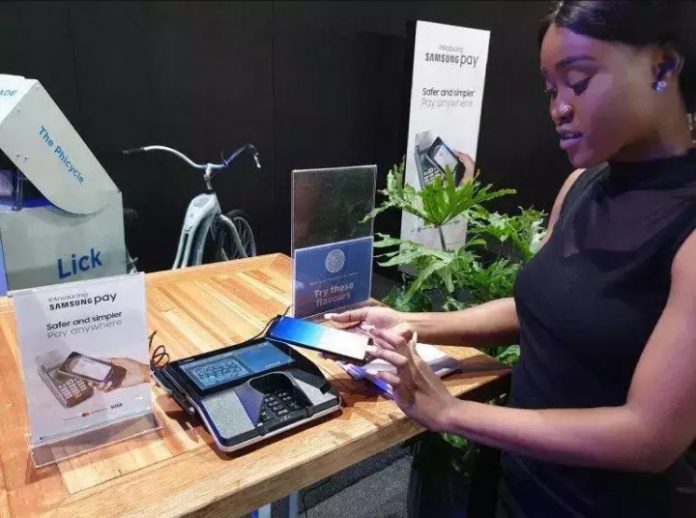 The launch which took place at the Sandton Convention Centre in Johannesburg extends the payment service into 24 markets across the globe.

It underlines the company’s commitment to delivering secure and convenient mobile wallet, allowing users to use nothing but their smartphones to manage all their payment needs.

This makes Samsung Pay the most widely accepted and used payment platform.

It is also the first of its kind on the African continent, offering a complete and flexible payment solution which is safer, simpler and everywhere.

With Samsung Pay, users no longer have to carry their wallets, cash, or bank cards, as it allows them to make use of the technology for non-contact and contact payments.

Thanks to nearly three years of testing with partners, which included Absa, Standard Bank, Visa, Mastercard, and numerous other partners, the app has finally been released from Beta to live on 21 August 2018.

Samsung Pay has a retail acceptance rate of 97%.

The technology is built around its defence-grade Samsung Knox security platform, with biometric authentication through iris or fingerprint scanning.

However, the inclusion of tokenization ensures that the actual card information is never exposed during a transaction.

While Samsung is still working on expanding its list of payment partners, the app also supports the capability to store loyalty cards, allowing you to use Samsung Pay as more than just a bank transaction.