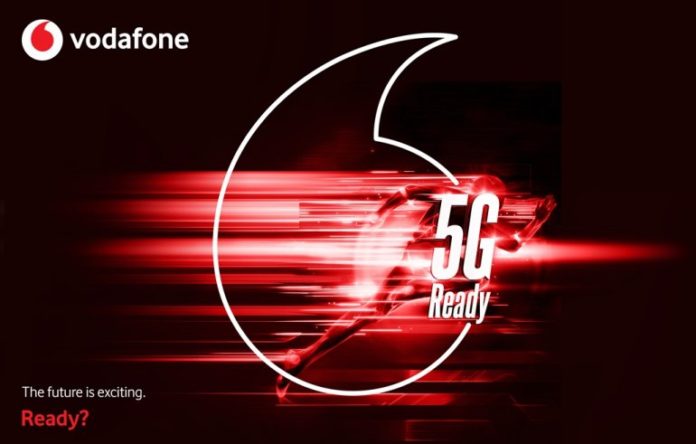 Vodafone has become the latest operator to proclaim that elusive ‘first to release full 5G’ statement.

The telecom company says it has activated the UK’s first 5G coverage network.

The British telecommunications company on Thursday started streaming about 5G from its site in Salford, Greater Manchester, to test the next generation of wireless connectivity.

The site provides coverage to MediaCityUK – a property development with tenants like the BBC, ITV Granada and the University of Salford – and the surrounding area.

Previously, UK 5G tests have only encompassed a single location or used parts of the 4G network, Vodafone noted.

The statement is a relatively bold one and heavily nuanced. Despite it sounding like a 5G bonanza for users to get excited about, these are still essentially trials, with commercial services not being offered to customers.

In fact, this isn’t even the first 5G trial of its type to be launched after EE tried a similar move earlier this month, but it is a step in the right direction.

“We are leading the roll out of 5G across the UK, starting with Greater Manchester,” said Vodafone CEO Nick Jeffery.

“A further six cities – Birmingham, Bristol, Cardiff, Glasgow, Liverpool and London – will shortly receive full 5G too. Next year, we will bring 5G to the Scottish Highlands, Cornwall and the Lake District, among other locations.”

As part of the trial, live mobile data traffic is being streamed to and from the internet exclusively over 5G from a site in Salford, Greater Manchester, connected to Vodafone’s nationwide converged fiber network.

Previous trials have been focused on single locations or used part of a 4G network to complete the work, so it certainly is a step forward.

Despite the ‘first’ and ‘switch on’ claims being a bit difficult to swallow, Vodafone has been making progress.

Last month the team impressively demonstrated a live holographic call between Newham and Manchester, sparking the imagination to what is possible in the 5G world.

For too many years the industry has focused on bufferless cat videos on the go as the 5G driver, but now we are starting to see some creative and engaging use-cases.

While the telecom companies are taking the suspect approach of over-promising, this here is progress.

AirtelTigo to Give 60 Phones in 60 Days to Customers Ahead...