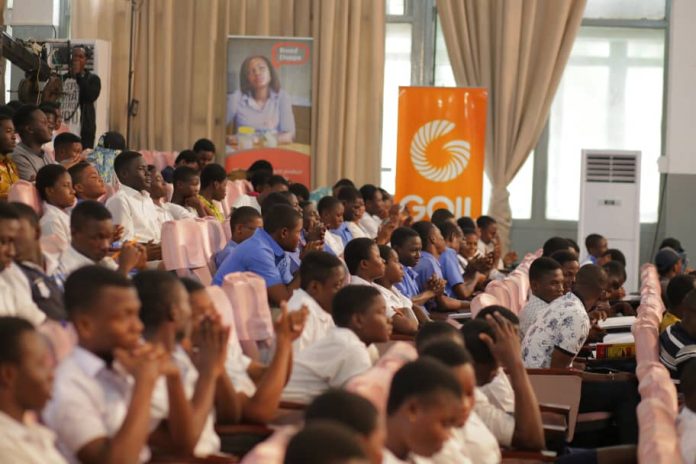 Adisadel College, St. Peter’s SHS and West Africa SHS will be competing for the NSMQ2018 title at the Grande Finale on July 5, 9:30 am at the National Theater, Accra.

The National Science and Maths Quiz, stylised as NSMQ, is one of the longest-running independent production on television.

Since first airing in 1994, the name NSMQ has become synonymous with the Saturday 11am slot on GTV(a Ghanaian television network).

According to NSMQ, the objective of the program is “to promote the study of the sciences and mathematics; help students develop quick-thinking, a probing and scientific mind about the things around them, while fostering a healthy academic rivalry among senior high schools.”

History
Since it’s inception, the NSMQ has held 20 editions of the competition.

The first edition only involved 32 schools across Ghana.

This format was changed after 6 years; from 2000, the number of schools was increased to 40 and by 2013, the number of participating schools rose to 81- though only 66 showed up.

From 2014, the program has had 135 schools from all over the country participating.

How it goes
The quizmistress since 2006 has been Dr. Elsie Effah Kaufman; the Head of the Biomedical Engineering department at the University of Ghana, Legon.

The contest is made up of 5 rounds; the first is General Questions, followed by the Speed Race and Problem of the Day then the True or False and finally, Riddles.

The Final Contestants
Adisadel College, represented by Jeffrey Quaye and Gabriel Ampadu Sasu, is an all-boys school from the Eastern Region.

They won their first and only trophy in 2016.

This is the 4th consecutive time the Santaclausians are making it to the final stage in the NSMQ; a feat no other school has managed to achieve.

They beat Mfantsipim School and Ghana National College in the semifinals.

St. Peter’s SHS is an all-boys school from the Eastern Region and are represented by Kissi Annoh Kwaku and Fenny Benjamin.

Though St. Peter’s College are two-time winners (2000 and 2005) of the NSMQ, this will be the first time in 12 years the school will be competing in the finals after defeating Mawuli School and Keta SHTS in the semifinals.

West Africa SHS is the only school among the finalists without a trophy to their name beating out Krobo Girls’SHS and Prempeh College.

The mixed school from the Greater Accra Region being represented by Tade O. Abdul Hameed and Arkoh Sahene, will be competing in the finals for the first time.